In light of the ongoing World Cup, I’m setting a new GOAL!

(Ok, yes, that can’t even be called a pun. “The lowest form of comedy,” my husband says, quoting “Last Man Standing”.)

What’s the goal? One short story per week.

That’s it. Seems simple, right? Sure. Just as simple as when they tell you to eat right and exercise. Hah!

My brother Ralph, an exercise enthusiast and exercise physiologist, recently mentioned to me that the words “should” and “shouldn’t” shouldn’t be used in the context of goals. Why? The reasoning is that there’s no commitment to action behind “I should lift weights” or “I really shouldn’t eat that giant slice of chocolate cake.” There’s only an implied action, or a slightly shamed admission that one isn’t doing the right thing. Compare those statements with “I will lift weights twice a week” or “I will not eat desserts except on Friday nights.” Much more concrete. Plus, the timeline adds structure.

So for this short story goal, instead of saying “I really should write more,” I’m going to say, “I will write one short story per week until the first week of October.” That would equal 13 short stories.

I won’t be posting them here to this blog (I know! I want to share them, you want to read them. But many of the short story contests I’ve been looking at require that submissions not have been published anywhere, even to a blog.), but I’ll let you know when they’re complete!

Why do you need a goal, and why short stories rather than a novel?

Settling into married life and increasing responsibilities at work have squeezed my writing time lately. It’s time to make a renewed commitment so I can keep making progress and sharing the constant stream of stories and ideas floating around in my noggin.

I have created two novel manuscripts, which I’m proud of and yet realize suffer from the typical new novelist’s traps of bulky “middles”, character inconsistencies and more. Many of the great writers started out writing short stories. Aerogramme Writers’ Studio, one of my favorite blogs, shared this article containing 35 beautiful and insightful quotes about short stories from famous authors.

Here are a few gems:

That last one really appealed to me, hence the short story a week goal! I realized that these writers practiced their craft, the story arc and the whittling of words, within short stories. Who am I to do differently?

To me, the short story is a 5K race as a novel is to a marathon. If I can practice my form through 5Ks, I’ll be ready to tackle a novel with greater skill later.

Me writing a novel right now: 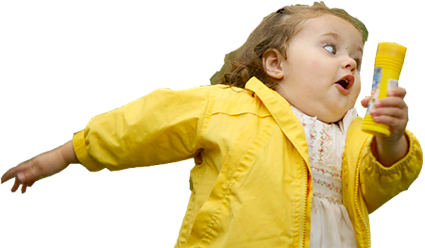 Let’s get to this level:

susie@susiebolesbooks.com
Hey, it makes me feel AWESOME to know someone's read one of these stories! Email or message me via social media below. Make my day, won't you?